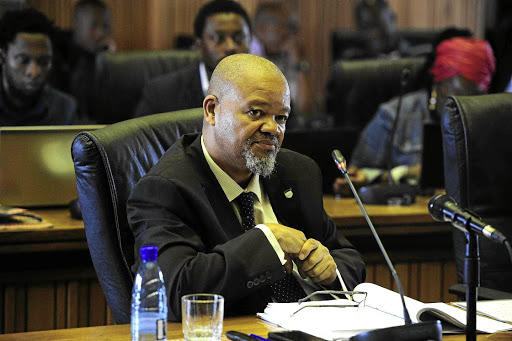 The University of South Africa has a long and illustrious history as South Africa’s oldest and largest University. Tracing its journey as the first dedicated provider of distance education in the world, to its current status as the largest distance education institution on the Continent and one of the world’s mega institutions, one discerns that Unisa’s longevity can in large part be ascribed to its ability to adapt to prevailing socio-political and economic dynamics, both locally and internationally.

Throughout South Africa’s’ rich and diverse history Unisa has been steadfast in its assertion of its mandate to provide a quality education to its students, irrespective of circumstances. This commitment has ensured that even in the most turbulent times, the Institution has been a steady and stable beacon of opportunity and hope. As a result, Unisa has amongst its alumni some of the worlds’ most iconic figures, including our beloved former President Nelson Mandela.

Obviously, a key consideration in the success of Unisa has been the calibre of its management and leadership, and the years since the merger have been no exception. The institution has been blessed with leadership that has not only concluded the merger successfully, but also positioned it at the cutting edge of sound corporate governance and management practice, locally and internationally.
The first five years of the merger (which commenced in 2004) were of necessity dedicated to the structural and systemic reconfiguration on the new Institution, and the establishment of its academic and institutional identity. Together with his management team then Principal and Vice Chancellor Prof N Barney Pityana laid the foundation for the next phase in the Institutions’ growth towards its vision to be the African university in the service of humanity. The successful attainment of those goals provided the space for a new leader to focus more concertedly on the people of Unisa, both staff and students, as well as strengthening the academic and research profile of Unisa and it was with great pride, joy and celebration that on 16 February 2011, that I was inaugurated as the 2nd Principal and Vice-Chancellor of the new University of South Africa, following on the retirement of Professor Pityana.

In acknowledgement of Unisa’s diversity, I have regularly likened Unisa to a mosaic whose pieces have individual characteristics, which collectively, ultimately contribute to a magnificent work of art. It is my intention that inclusivity shall become the hallmark of Unisa in the years ahead; an inclusivity that is a characteristic of the servant leadership ethos which I have been inculcating and practicing since I took up office.
Above all, Unisa is dedicated to ensuring that the quality and relevance of its offerings is continually refined and improved in line with its commitment to being an African university focused on developing African knowledge and research. To this end Unisa intends growing on its already illustrious reputation locally and abroad.
This ethos and commitment will be put to the test in the years ahead. The past four years in higher education have signaled a fundamental transformation in the sector, which has materially impacted and influenced Unisa’s activities and trajectory.
Globally, some 20-years after the advent of the World Wide Web, we are witnessing a more sober assessment of the entire digitization phenomenon and its impact on higher education (both residential and distance). The widely reported and disseminated realities of first-hand experience, and a growing amount of peer reviewed academic research covering scholarship, leadership and management and administration are providing higher education practitioners with much needed benchmarks, reference points and “lessons,” which can be drawn upon in crafting institutional business models. This very positive development demonstrates the resilience of higher education in transitioning from one era to another, and affirms the spirit of innovation which has driven humankind and ensured its continuing advancement, since its inception.

Unisa has been, and remains, a very active participant in the global conversation and experience, and we are beginning to reap the rewards in terms of growth in our academic and reputational stature, as well as insights into our capacities and capabilities as a 21st Century ODL institution. This is a valuable, ongoing process.
Nationally, Unisa has been subjected to significant changes that have impacted fundamentally on the way in which we conduct our business. New reporting requirements have changed the format and content of our Annual Report and concomitant administration practices, introducing the reality of “auditable evidence,” accurate monitoring and evaluation, risk awareness and management, compliance and accountability and of course, annual performance compacts with the Minister of Higher education and Training and our Unisa Council. All of this we practice, however, not because of the regulated environment but because we understand that they are the right things to be doing. I have always acknowledged that there is a critical difference betweendoing things right and doing the right things. As an emerging leader in higher education governance, Unisa is committed to always seeking to do the right things.
The White Paper for Post School Education and Training: Building an Expanded and Integrated Post School Education System (2013) introduced us to the realities of a re-envisioned national higher education system in which Unisa is no longer the dedicated ODL provider. Also interesting is that the White Paper now places the TVET (formerly FET) and Community Colleges at the forefront of higher education growth and development. And, as we have begun to plumb the implications of the new White Paper for Unisa, we have done so cognizant of the Policy for the Provision of Distance Education in South African Universities in the Context of an Integrated Post-school System (2015). The key imperative of the new legislation and policy is access with success, underpinned by quality, relevant education provision.